As essentially the only private-sector business open to the public, the General Store occupies special territory in Cambridge, Maine.  Along with the post office, it’s the center of town, located right across from Cambridge Pond.

The store sells many of the basic products you’d expect from a general store, primarily staples, such as cereal or ketchup, that you would be happy to avoid driving 20 minutes for.  There’s a big case of cold drinks, including beer.  All of those are on one side of the space.

On the other is a diner that serves a mighty fine omelette and, I hear, delicious breakfast sandwiches. 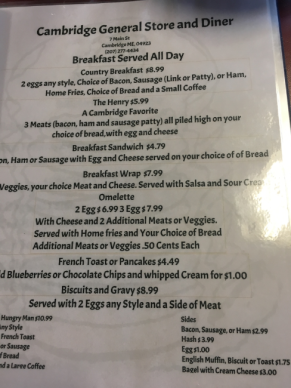 Two young women staffed both the restaurant and the store, with one cooking in the back and the other taking orders and ringing up purchases in the front.

When I first arrived, the diner area was quiet, but the tables soon filled up.  It seemed that not only were some of the visitors regulars, but they were also consistent enough in their orders that little menu review was needed.  I enjoyed eavesdropping on all the interactions between the staff and the regular customers.

Between my lunch and a trip back in for a cup of coffee, I had a chance to gather details from both Cheyenne, who runs the front of the shop, and Caitlin (pictured below at left), who was doing the cooking.  Cheyenne confirmed that not only does she know most of the customers, but she knows most of their orders, too.

Cheyenne is a Cambridge native, but she has come and gone several times. 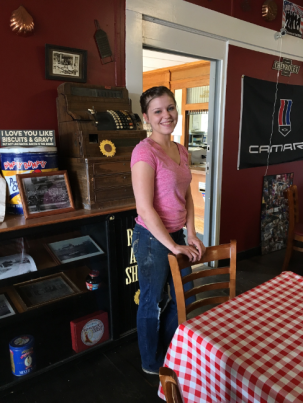 Caitlin moved to town about four months ago.  They both confirmed that they were satisfied to sacrifice the opportunity to live among a larger peer group for the quiet of the small town.

As for the General Store, a succession of owners have tried to make the store a success in recent years.  The current owner, who wasn’t in town when I visited, is from Connecticut but was familiar with Cambridge.  When the opportunity arose, I’m told, she bought the store.  Keeping it going in a town of only 500 is a challenge, but I’ll be hoping to grab a meal there when I’m in Cambridge next. 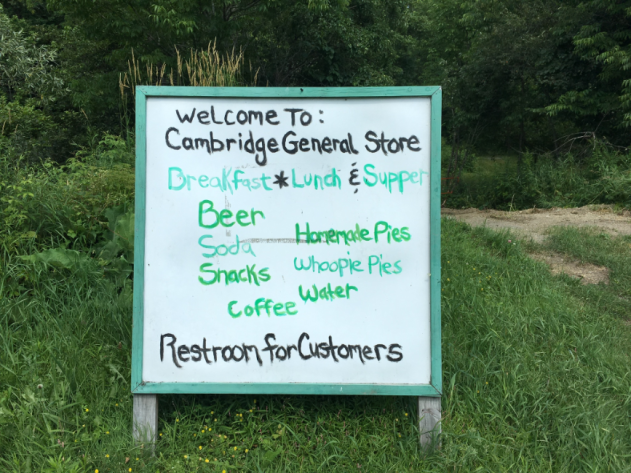 One thought on “The General Store, Cambridge, ME”